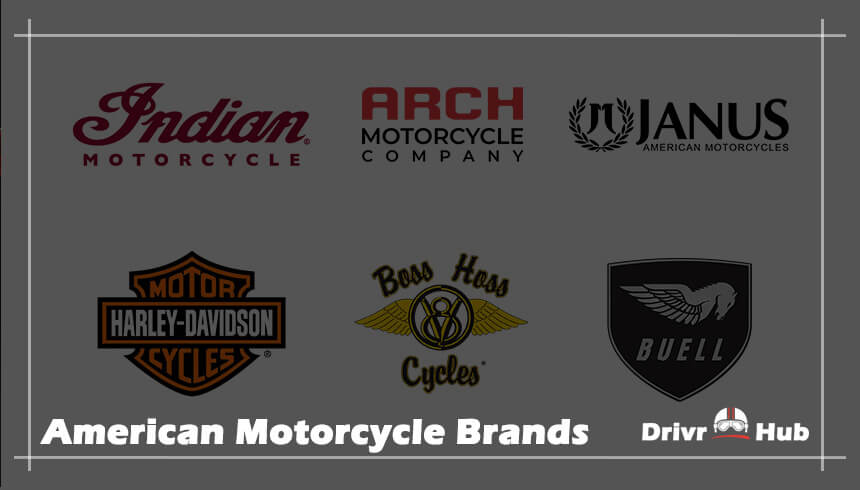 Motorcycles are a popular form of transportation and recreation in the United States. But besides use, Americans are famous for iconic production of top models of motorcycles. From Harley-Davidson to Indian Motorcycle, there is a wide variety of American-manufactured motorcycle brands for both enthusiasts and casual riders alike. This article will explore some of the most iconic American motorcycle brands, their history, and their current offerings.

Founded in 1903, Milwaukee, Wisconsin-based Harley-Davidson is an iconic American motorcycle manufacturer known for its heavyweight cruiser bikes and touring motorcycles. The company’s signature sound, powerful engines, and classic styling have earned it a revered place among motorcyclists all over the world.

Perhaps the most recognizable American motorcycle brand, Harley-Davidson, has been producing motorcycles since its inception and continues to innovate in the industry. Harley and Davidson manufacture some of the largest, most intriguing, most chromed-out motorcycles that are available for purchase. Motorcycles such as the Livewire demonstrate that Harley Davidson is still at the forefront of motorcycle innovation in the 21st century. And the classic Softail and Sportster models are reminders of the brand’s commitment to tradition.

Indian Motorcycle is another iconic American motorcycle company based in Spirit Lake, Iowa. The company produces a wide range of motorcycles, from cruisers to touring bikes and its signature Scout model. Indian Motorcycle was founded in 1901 and has had a tumultuous history, even surviving bankruptcy in the 1950s.

The company is now owned by Polaris Industries and continues to produce high-quality motorcycles powered by V-Twin engines. Indian Motorcycle models such as the Scout Bobber Twenty feature classic designs with modern technology for an unbeatable riding experience.

Founded by none other than the infamous actor Keanu Reeves, Arch Motorcycle is a unique motorcycle company based in Los Angeles, California. The company produces high-performance custom motorcycles that are produced entirely in-house.

Arch Motorcycles stand out from the crowd with their bold designs and powerful engines. From the minimalist KRGT-1 cruiser to the wild S&S Spitfire, Arch Motorcycle is sure to create the perfect custom motorcycle for any rider.

In 1990, Monte Warne founded Boss Hoss Cycles, an American-made motorcycle manufacturer based in Dyersburg, Tennessee. The company produces unique and powerful V-8-powered motorcycles that will turn heads on the road.

In 2011, two friends founded Janus Motorcycles in Goshen, Indiana. The company produces small-displacement motorcycles that feature vintage aesthetics with modern technology. With models such as the Halong 250 and the Falcon 250, riders who value style and simplicity have found their perfect ride in Janus Motorcycles.

In addition to its aesthetic appeal, Janus Motorcycles also offers impeccable quality thanks to its in-house manufacturing processes.

Lightning Motorcycle, based in San Carlos, California, produces all-electric motorcycles. The company was founded in 2006 by Richard Hatfield and specializes in producing electric superbikes that are powerful yet efficient.

The LS-218 model is the world’s fastest production motorcycle and features a 200-hp motor with up to 218 miles of range on a single charge. Lightning Motorcycle has been an industry leader in electric motorcycle technology and continues to innovate in this field.

Motorcycles is a leading electric motorcycle manufacturer based in Scotts Valley, California. Founded in 2006 by Neal Saiki, Zero Motorcycles produces a wide range of electric bikes that are both lightweight and powerful.

The company’s flagship model, the SR/F electric superbike, features state-of-the-art technology with up to 200hp and an impressive range of up to 200 miles. Zero Motorcycles is one of the most popular electric motorcycle manufacturers today, thanks to its cutting-edge technology and innovative design.

From the iconic Blast street bike to the XB series of superbikes, Buell Motorcycle offers a wide range of motorcycles for riders who crave performance and innovation. Buell is now part of the Harley-Davidson family, allowing the company to continue creating innovative bikes backed by the quality of an iconic American motorcycle brand.

Confederate/Curtiss Motorcycles is a high-performance motorcycle manufacturer based in Birmingham, Alabama. The company was founded in 1991 by H. Matthew Chambers and produces unique handcrafted motorcycles that are both powerful and stylish. From the legendary P51 Combat Fighter to the unique Zeus electric superbike, Confederate/Curtiss has consistently pushed the boundaries of motorcycle design. The company is now known as Curtiss Motorcycles after being acquired by former Harley-Davidson CEO Keith Wandell in 2018.

Confederate/Curtiss motorcycles are a perfect fit for those seeking a truly unique riding experience that stands out from the crowd. With its cutting-edge technology and custom designs, Confederate/Curtiss is sure to make a lasting impression on any rider

These are just a few of the motorcycle brands that are making waves in the industry today. With so many options available, riders can now find the perfect bike that suits their needs and style. Whether you’re looking for a lightweight electric motorcycle or a powerful superbike, there’s sure to be something out there for you. So get out and explore the world of motorcycles today!

The history of motorcycle manufacturing in the United States

The rich history of motorcycling in the US is long and storied. Since the earliest days of motorcycling, American brands have produced some of the world’s most iconic and innovative bikes. From its first model created by Edward Butler in 1868 to the iconic Harley-Davidson WL of 1945, American manufacturers have set the standard for quality and performance.

Motorcycles were initially used as tools for farmers to transport their produce and goods but later became popular among the general public. Companies like Harley-Davidson helped bring motorcycling into the mainstream in the US and paved the way for what it is today. Vintage models like the Henderson Four and Indian Scout remain popular today and are highly sought after by collectors.

In the modern era, American manufacturers have continued to innovate and produce some of the most advanced bikes in the world. With their cutting-edge technology, stylish designs, and powerful engines, these American brands are changing how we ride motorcycles today.

What are the most popular bikes in the US?

The most popular bike in the US currently is the Harley-Davidson Softail. This classic cruiser-style bike has been a mainstay in American motorcycling for generations, and its powerful V-twin engine makes it perfect for long trips or cruising around town. Other popular bikes include the Honda Goldwing Touring Motorcycle, which features the latest technology in touring comfort, and the Indian Scout Bobber, which offers classic American styling with a powerful 1133cc V-twin engine. The Ducati Scrambler is also very popular for its modern take on the classic scrambler style of motorcycle.

No matter what bike you choose, there’s sure to be something out there for you. With so many American motorcycle brands producing high-quality, stylish bikes, riders now have more options than ever. From electric motorcycles to classic cruisers, there’s something for everyone in the US. So get out and explore all that motorcycling has to offer!