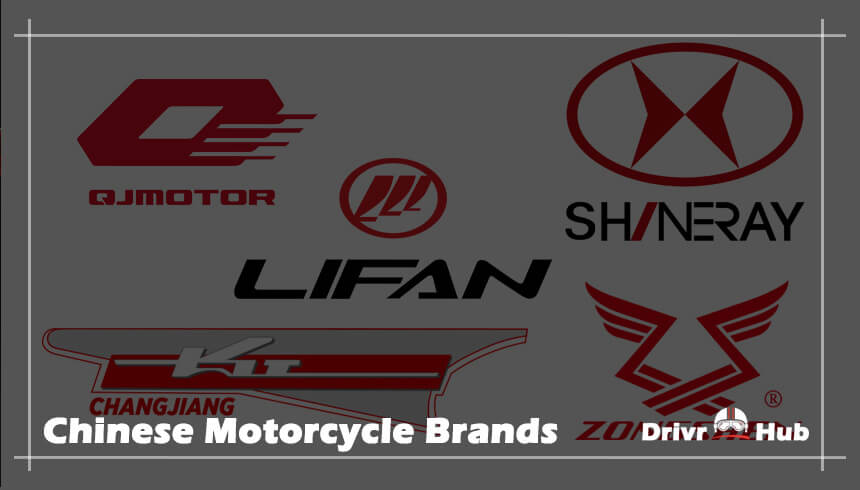 Motorcycles in China have a bad rep, and the consensus view has held that motorcycles with Chinese brand names are simply not up to the task of competing in serious forms of motorcycling. However, in recent years, motorcycle critics and enthusiasts have come to the conclusion that their previous assessments of Chinese motorcycles were incorrect

The Chinese motorcycle industry has grown to be one of the largest in the world, with an estimated annual production of 16 million units per year. There are some cheap Chinese motorcycles inspired by top bike manufacturers that are extremely popular in China. In this article, we’ll take a look at some of the best Chinese motorcycle brands that are worth your consideration.

Let’s look at some of the best Chinese motorcycle brands that are making waves in the market.

Benelli is an Italian company that was established in 1911. The company initially focused on producing large displacement bikes for the Italian market. However, the company was later acquired by Qianjiang, which caused the firm to shift its focus to mid-range bikes that were more affordable for newer riders. Even though the firm’s administrative offices are still situated in Italy at the present time, they are wholly owned and operated by their Chinese parent company.

Benelli has been successful in creating its own route towards offering larger bikes to both the Chinese market and the global market since 2005. This is despite the fact that the majority of the Chinese market is dominated by motorcycles and mopeds with engines smaller than 250cc. The company’s success is due to its willingness to adapt to the needs of their target market and its dedication to providing quality products. Thanks to these factors, Benelli is currently the most successful maker of intermediate motorcycles in China.

Lifan is a Chinese motorcycle and automobile manufacturer that was created in 1992. The company’s headquarters are based in Chongqing, China. Although their initial focus was producing motorcycles and small displacement engines, they later moved into the production of cars as well.

They have also been successful in producing larger bikes, such as the Lifan KPR 200 and the Lifon LF200-10. The company is dedicated to producing quality vehicles that are affordable for all consumers, regardless of their financial situation.

Shineray is a Chinese motorcycle manufacturer that was created in 2005. They have quickly become one of the most popular manufacturers in China, and they currently produce some of the highest-rated bikes in the country.

The company has focused on producing mid-sized engine bikes, such as its XY400 model, which has been praised for its powerful yet fuel-efficient engine. The company is highly dedicated to quality and safety, which is why its bikes have become immensely popular in the Chinese market.

The China Nanchang Aircraft Manufacturing Company was the original manufacturer of motorcycles marketed under the brand name Chang Jiang at one point in time. The most well-known product of this manufacturer is the CJ750 motorcycle, which was developed from the original 1956 Soviet IMZ M-72 that, in turn, was based on the earlier 1938 BMW R71 produced in Germany.

The vast majority of them are equipped with sidecars. In spite of the fact that they are in fact, derivatives of the IMZ M-72, they are frequently and incorrectly referred to be BMW “replicas.” The first batch of fifty Changjiang motorcycles was assembled in May, 1957 from knock-down kits supplied by IZh. According to Chinese sources, a total of thirteen different models were subsequently produced by Nanchang over a period of thirty years.

Viper is a Chinese motorcycle company that was founded in 2001. The company is based in Chongqing and specializes in producing medium displacement bikes with engines ranging from 125cc to 250cc. They have gained recognition over the years for their quality parts, superior power, and competitive prices. In addition to their usual lineup of motorcycles, they also produce a range of electric bikes, scooters, and ATVs. Their bikes have become increasingly popular in the Chinese market for their affordability and dependability.

Zongshen is a Chinese manufacturer that boasts an annual production of more than one million motorcycles. After its inception in 1992, the brand rapidly expanded to become one of the largest manufacturing enterprises in China, with a total of 18,000 employees and 52 affiliate businesses. Because the company does not produce any bikes with a displacement of more than 250 ccs, they are the market leader in China for motorcycles with a small engine capacity.

Zongshen has also been successful in exporting its products to over 80 countries around the world. The company has won numerous awards, including “The Most Competitive Brand” and “The Quality Excellence Award”. In recent years, Zongshen has been working hard to develop new technologies and expand its product range. This commitment to innovation and quality has made Zongshen one of the most respected motorcycle manufacturers in the world.

Founded in 1985 and headquartered in Winling, Zhejiang Qianjiang Motorcycle Group Co. – better known as Qianjiang Motorcycle – is a leading manufacturer of two-wheeled vehicles in China. Over 10,000 people are employed by QJ, which is a state-holding company with a revenue of 460 million USD. The company has five domestic subsidiaries, ten branches, and one abroad subsidiary.

Benelli, an Italian motorcycle manufacturer, is a brand that this corporation owns. Qianjiang Motorcycle has grown to become one of the most important makers of two-wheeled vehicles in China. The company’s products are well-known for their quality and affordability.

Thanks to its innovative designs and manufacturing processes, Qianjiang Motorcycle has become a major player in the global market for two-wheeled vehicles.

Kovi Motorcycle is another Chinese company that produces medium- and large-displacement bikes. The company was founded in the late 80s and has since grown to become one of the largest motorcycle producers in China. Kovi produces high-quality, affordable bikes ranging in size from 50cc to 600cc. The company is known for its strong R&D capabilities, which have enabled them to stay ahead of the competition by constantly releasing new and improved models. Kovi Motorcycle has also become a major exporter, with its bikes being sold in over 30 countries worldwide.

Forte Motorcycle is a Chinese motorcycle manufacturer specialising in producing off-road vehicles and ATVs. The company was founded in 2000 and has since become one of the leading producers of off-road vehicles in China. They have over two thousand employees and an annual production capacity of 500,000 motorcycles.

In addition to their off-road vehicles and ATVs, they produce a range of scooters, dirt bikes, and electric bicycles. Their products are renowned for their quality, durability, and competitive prices. Forte Motorcycle is an important player in China’s two-wheeled vehicle industry and is rapidly expanding its customer base worldwide.

The history of Chinese motorcycle manufacturing

Chinese motorcycle firms have a long history of producing lightweight, single-cylinder bikes that were intended for practical use. Some of these engines were clones modelled after those found in Honda motorcycles, such as the Honda Cub, the Honda CG, and the Honda 400.

Other Chinese motorcycles were manufactured using Yamaha’s designs as their influence as well. These bikes were popular because they were easy to operate and maintain, and they could be used for a variety of purposes, including transportation, farming, and recreation.

Today, Chinese motorcycle manufacturers are still producing single-cylinder models, but they have also ventured into the production of larger, more powerful bikes that are intended for both utilitarian and recreational use. As the Chinese economy continues to grow, it is likely that we will see even more innovation from Chinese motorcycle firms in the years to come.

What are the most popular Chinese motorcycles?

Big names like Lifan, Zongshen, and Shineray dominate the Chinese motorcycle market. These companies produce a wide range of models that vary from smaller 50cc scooters to larger 400cc street bikes. However, some of the most popular models are those in the 200-250cc class. Popular bikes like the Lifan KPR 200 and Shineray XY200GY-2 are great choices for experienced riders who want something that is powerful but still easy to ride. For those looking for a two-wheeler to use as a daily commuter, the Zongshen RX4 and Shineray STX250 Gy-5 are both reliable choices.