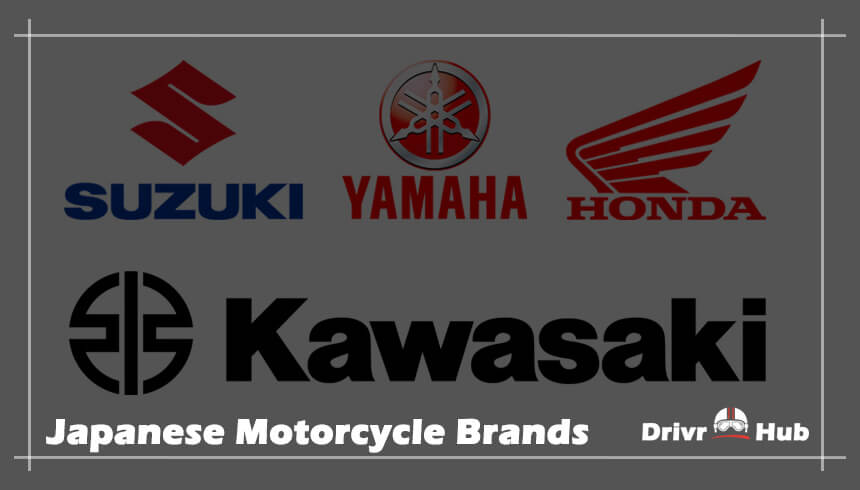 There is no doubt that Japanese motorcycle brands are some of the best in the world. Japanese manufacturers have been at the forefront of motorcycle development for decades, producing bikes renowned for their quality, performance, fuel economy, reliability, and safety.

Japan’s accelerated development in the motorcycle field in the 1960s was nothing short of phenomenal, and today the country boasts a wide range of world-class manufacturers. Not only are Japanese bikes cost-effective to purchase, but they also require less maintenance than any other type of motorcycle, making them a wise choice for budget-conscious riders. So whether you’re looking for a top-of-the-line sports bike or a reliable and economical commuter, you’re sure to find what you’re looking for from one of the best motorcycle brands in the world!

Many motorcycle brands in Japan are earning worldwide recognition and cementing their place as some of the best in the world. Here are just a few of them:

Shōzō Kawasaki, the founder of the eponymous Kawasaki Heavy Industries, started out as a manufacturer of ship engines in 1877. Harboring a big reputation for being the most innovative shipbuilder of its time, the company quickly expanded into different automotive products, such as a submarine in 1906 and its first aircraft in 1922.

In 1963 came the birth of the Kawasaki Motorcycle Corporation (KMC), with its first production line of a 500cc two-stroke engine motorcycle.

Today, Kawasaki is one of the most recognized motorcycle manufacturers in the world, producing popular models such as the Ninja and Vulcan series.

Known for their high performance and cutting-edge technology, Kawasaki motorcycles are the perfect choice for serious riders who want to push the speed and acceleration limits.

Soichiro Honda, the founder of Tokai Seiki Heavy Industry, managed to produce piston rings of his own invention during the Second World War. The company started out small, but its products’ quality, design, speed, and fuel efficiency were quickly recognized by enthusiasts and experts.

In 1954, the brand launched its first mass-produced motorcycle, the Super Cub. This bike became an instant hit, selling millions of units in over 160 countries.

Today, Honda is one of the largest motorcycle manufacturers in the world, with a vast range of models that cater to different needs and preferences. From high-powered racing machines to reliable city bikes, Honda has something for everyone.

Suzuki is one of the most successful and oldest motorcycle manufacturers in Japan. Michio Suzuki, the company’s founder, create Suzuki Loom in the city of Hamamatsu, which is located in the region of Shizuoka.

First, the company designed a bicycle equipped with a simple motor so that its employees would easily commute. Japan’s government offered to subsidise the continuation of innovation in this particular path. Within the first two years, there was an increase in monthly production of approximately 6,000 units. After that, the company’s name became Suzuki Motor Co., and it has remained that way ever since.

Suzuki’s iconic logo has remained unchanged for over six decades. It consists of two colors denoted in Japanese culture as ‘aka’ which meand red. Additionally, the emblem is loaded with the visually striking first letter of Suzuki, “S”, which symbolizes purity and nobility.

It also contains three other important elements that contribute to its meaning: a laurel wreath to signify triumph and glory; a set of wings to denote speed; and crossing ‘S’ letterforms representing unity between strength and lightness – all key attributes of Suzuki motorcycles.

Yamaha is a Japanese multinational firm that primarily specializes in the production of musical instruments, electrical goods, motorbikes, and power sports equipment. Yamaha also offers a wide range of services. It is among the most well-known and successful motorcycle manufacturers in the world. Torakusu Yamaha established the business in Hamamatsu, which is located in the Shizuoka prefecture, in 1887 in order to manufacture pianos and organs.

Before being commissioned to create a little Reed Organ in 1897, Yamaha originally began as a maker of piano fasteners and copper wire for strings. Today, the company is known as Yamaha. The Yamaha Motor Company was started the same year, in 1955. The company, which has its headquarters in Iwata, Shizuoka, Japan, is owned by Toyota and produces bicycles, engines for other pieces of machinery, as well as musical instruments. Minarelli and MBK are both the names of subsidiaries that belong to Yamaha.

Today, Yamaha Corporation is recognized as a global leader in the manufacturing of musical instruments, as well as electronics and motorsports equipment.

Hodaka was a Japanese manufacturer of motorcycles from 1964 until 1978. The company was a joint effort between Japanese and American businesses, with Hodaka responsible for the engines and production while its American partner, PABATCO, designed the chassis.

The bikes were assembled in Athens, Oregon, with the company taking its name from a nearby mountain. Hodaka’s entry into the American market was spurred by the changes in import regulations in the early 1960s, which allowed smaller-displacement bikes to be imported without being subject to the same tariffs as larger bikes. This allowed Hodaka to sell its bikes at a competitive price, and the company quickly established a loyal following among American riders.

However, Hodaka struggled with quality control issues, and rising labor costs in Japan led to the company’s eventual demise. Today, Hodaka motorcycles are considered collectors’ items, and the company’s story is a fascinating chapter in the history of Japanese motorcycles.

Miyata is one of the oldest and most respected motorcycle brands in Japan. The company was founded in 1890 as a bicycle manufacturer and has maintained its vintage production until today. However, Miyata was instrumental in Japan’s early development of the motorcycle business. Under the brand name Asahi, the company was responsible for launching several models sold in Japan.

The Asahi AA was the production motorcycle that made its debut in Japan for the first time as a vehicle that could be purchased by the general public. In this field, the company was a pioneer in designing and producing a series of the same model with successive revisions. This new direction involved developing a more specialized workforce and an organized assembly line production process.

The Marusho Motor Co., Ltd. was a Japanese corporation that manufactured motorcycles first in 1948. The founder was Yoshisuke Aikawa, and the company strongly emphasised engineering and producing lightweight, small-displacement motorcycles. Marusho’s first bike was called “The Red Devil,” which showcased many of the hallmark features that would come to be associated with Japanese motorcycles. These features included a robust frame design, a reliable engine, and improved suspension.

Meguro is a Japanese motorcycle manufacturer that was founded in 1937. The company rose to prominence during World War II when it began manufacturing military motorcycles for the Japanese army and air force. However, Meguro also produced commercial motorbikes for civilians, gaining a reputation for high-quality engineering and design.

In 1947, Meguro launched its first motorcycle targeted at the civilian market, the KL 250. This bike was notable for its innovative telescopic front fork and disc brakes, both of which were considered high-tech features at that time.

Why Are Japanese brands so Popular?

With a history that stretches back over a hundred years, it’s no surprise that Japanese motorcycle brands are some of the most popular in the world. Japanese brands have come to dominate the global market thanks to their reputation for reliability and quality.

And with good reason – as any rider will tell you, a motorcycle is only as good as its engine, and Japanese engines are widely regarded as the best in the business.

The Japs focus mainly on quality control throughout the entire manufacturing process.

Thus, yielding one of the lowest failure rates in the industry. With a history of innovation and precision engineering, Japanese brands have set the standards that other manufacturers aspire to and work hard to meet or exceed.

What Bikes are Popular in Japan?

The big four Japanese motorcycle manufacturers – Honda, Yamaha, Suzuki, and Kawasaki – are popular choices in Japan. Their rich history and proven quality have made them trusted, and beloved brands, and many Japanese people own one or more of these bikes as their daily ride.